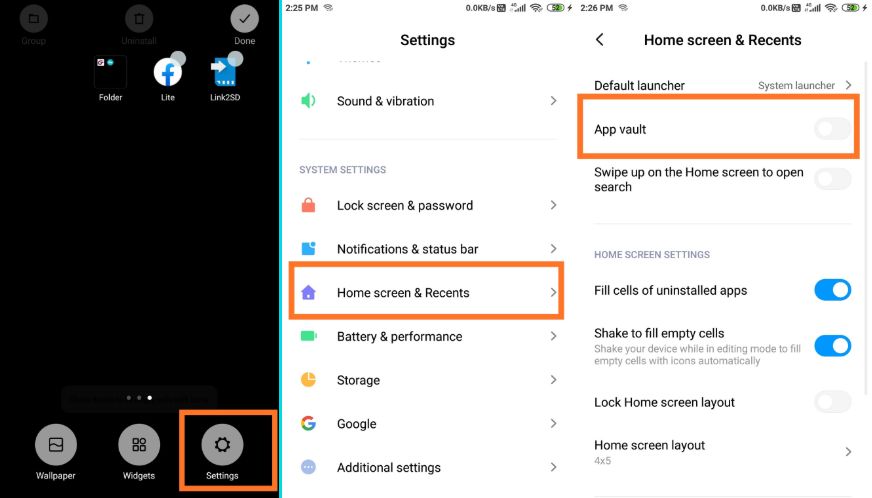 News Feeds are very useful for those users who like to read the latest news or personalized articles. That’s why every smartphone company is including this feature in their custom UIs. There may be different names for news feed, one of the popular Google News Feed is used by almost every Android smartphone. However Xiaomi smartphones don’t use Google News feed, they have their own news feed called Mi App Vault. Some users (including me) do not like App vault because it has some unwanted features & shows irritating ads as well. So in this tutorial, we’ll find out how to turn off the MIUI news feed from all Xiaomi smartphones.

Related: How to Turn Off MIUI Ads from Xiaomi Smartphones

So How To Turn Of Mi Vault?

In this section, we will know how you can turn of Mi App Vault completely or replace it from the Google news feed. Follow the given instruction

That’s it. You have successfully turned of Mi App vault within a few steps.

How To change Mi App vault to Google Feed

Without going further into this let me clear first thing, you cannot change App vault to Google feed officially. So How do we do that? We’ll do that using a new Android launcher. I prefer you to use Google Now Launcher since it has official Google feed support.

To get the Google Feed on MIUI, install Google Now launcher from the play store. It’s free. Once installed, you’ll get Google feed by default and you don’t need to customize anything else.

I hope now you got that point that how to turn off the Mi app vault from smartphones or How you can change the Mi app vault to Google feed. Thanks for reading the articles. In the future, we will post more articles like this. Stay tuned with us.

How to, MIUI 13 Tags:MIUI Tricks