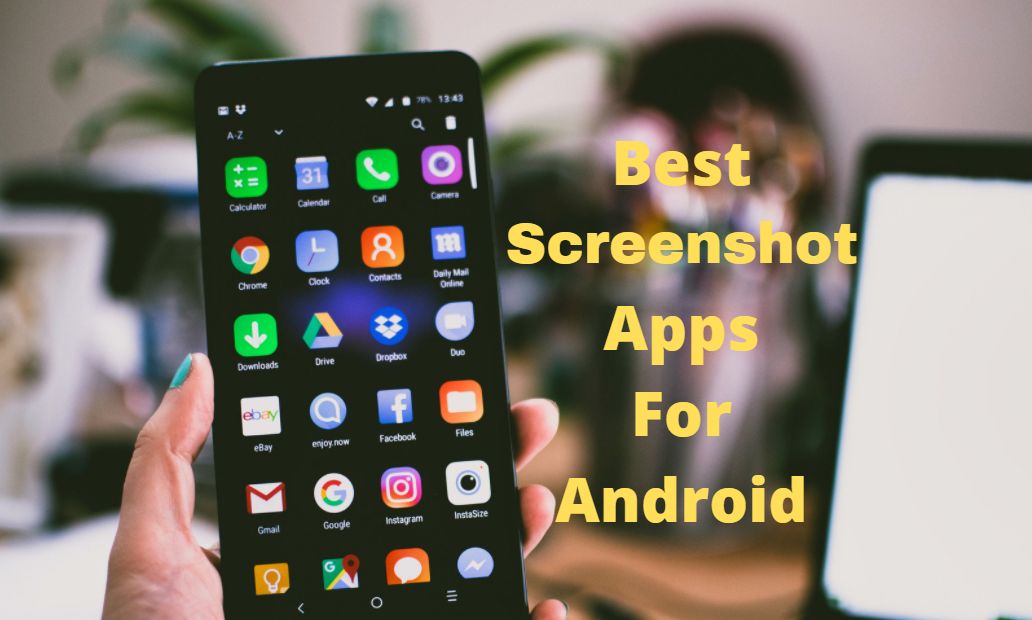 On Android smartphones, Using the power and volume keys together makes taking screenshots incredibly simple. You can use screenshots to record a particular moment and post it on social media. By default, Android allows you to snap screenshots by holding down the power and volume keys simultaneously for 5 seconds. You can also take screenshots on your Android smartphones using some other techniques. Here are 5 Other Ways to Take a Screenshot on Android. Also, you can download third-party screenshot apps for Android to take screenshots on your phone and access some additional features as well. For instance, taking a screenshot and sharing on social media simultaneously without going through your smartphone’s gallery. So, without further ado, let’s get started.

Here are the 10 Best Screenshot Apps For Android

Screenshot apps provide some additional tools alongside taking screenshots that you can do with the default screenshot mechanism in Android. So, here I’ve brought you the 10 best screenshot apps for Android that don’t require to root your device.

Screenshot Touch is one of the most popular screenshot apps for Android that lets you capture a screenshot directly from the notification panel or shaking your smartphone device. Beyond that, you can send screenshots directly to your social media platforms (WhatsApp, Facebook). Moreover, it allows you to record your Android screen in MP4 format. Other customization options include such as bitrate, framerate, resolution, etc.

You can perform some editing actions on the screenshots, such as crop in shapes, rotate, draw, etc. It also includes quite useful features, such as scroll screenshots (long screenshots), webpage capture, etc. It is free to download on Google Play Store. It also offers the Screenshot Touch premium version, which removes the advertisements and adds few more features to the app.

Read More: How to Run Android Apps on Windows

Screen Master is a masterpiece app available on the play store for taking screenshots on Android. It does not require root permission to work with your Android smartphone. You can take a screenshot with a floating button or by shaking your device. There are a number of other cool features, including web capture, long screenshot, QuickTile, etc. This screenshot app also includes image editing tools. Using the app, you can clip a screenshot and edit into inbuilt image editing tools and then share it with your friends. It supports all basic image formats, such as PNG, JPG, etc. You should try this app once.

3. Use Google Assistant to Take Screenshot on Android

Super Screenshot is a very easy-to-use screenshot app for Android. You can customize your smartphone’s physical buttons to quickly take screenshots on your phone. To take the screenshot, all you need is just press the selected buttons for two seconds. Later on, you can resize, crop, and also apply some filters on the image. This app is available on the play store for free. It works perfectly fine with Android 4.0 or above.

Screenshot Pro is a premium screenshot app for Android. It offers you to take capture a screenshot directly from the notification panel. Once captured, you can preview the screenshot, change the image format, cut the bar area, and more. Also, you can toggle this tool along with quick panels. You can get it on Google Play Store for $2.99.

Screener is one of the best screenshot apps and tools recommended for Android devices. It includes so many 3D smartphone frames where you can add your screenshots to make it look 3D as well. The app lets you choose custom frame background color alongside blue and render frames features. Other features offer flat minimal design, smartwatches/hand-band frames, and more.

Screen Crop & Share is a very popular screenshot tool. It lets you quickly clip & crop a part of your smartphone screen that you can save on your phone, share with your friends, or delete the screenshot directly from here. It has been designed beautifully and offers a lot of useful features such as a long screenshot, full window screenshot, direct social sharing, editing tools, cut the navigation bar from screenshot, copy texts from the screenshot, and many more. There are some experimental and demo features too. You can try this app on your own.

Screen Crop is one of the best screenshot apps that allows you to crop your screen part on your Android smartphone. It comes within 1 megabytes size only. You can toggle this app into your smartphone’s quick panel settings and click screen clips from there whenever you want. It also features screen recording tool to record the Android tutorials and other stuff. I would recommend to use this app over any other Android screenshot app to get the best user experience

Touchshot is an Android app that allows users to take screenshots by simply touching on the screen. It can take high-quality screenshots and view the image with a built-in image preview feature. Along with that, this app also includes the most useful features, such as screen recordings, editing tools, direct social sharing, and more.

Download TouchShot screenshot App on your Android From Play Store